“You can’t wear a crown with your head down.”–
from BLACK IS KING

Houston-born Beyoncé Knowles broke out in the late 1990s as the lead singer for Destiny’s Child. an R & B girl group that Beyonce formed at the age of nine. She later went on to have a hugely successful solo career. Now Knowles is one of the world’s best-selling music artists, having sold over 100 million albums worldwide. Her inimitable style fuses R & B, rap, funk, pop, and soul.

Destiny’s Child reunited briefly in 2004 to release albums of favorite songs and #1 hits. In 2005 the dynamic trio again disbanded following their world tour. Destiny’s Child resurfaced again at the 2013 Super Bowl, where they released the hit song “Nuclear”.

Beyoncé found lasting love with rapper Jay-Z, also known as Shawn Corey Carter. The two mega-stars married in 2008 and immediately became one of the highest net worth couples in entertainment. The single “Drunk in Love” from the album Beyoncé which features Jay-Z won two Grammy Awards.

By 2014 Beyoncé Knowles had become the highest-earning black musician in history. Forbes ranked her the most powerful woman in entertainment in 2015 and 2017. In 2020 Time Magazine named her one of 100 women who defined the last century.

Who has shaped this dazzling diva the most both personally and professionally? Not surprisingly, this child prodigy cites Michael Jackson as her major musical influence, claiming that she found her own purpose after attending a Michael Jackson concert at the age of five. Beyoncé also admires Diana Ross, Tina Turner, Mariah Carey, Donna Summer, Mary J. Blige, and Madonna among many other celebrated musicians. Personal heroes include Michelle Obama and Oprah Winfrey, who prove you can do it all.

Beyonce tried some film acting and shifted into filmmaking with BLACK IS KING (2020), which she wrote, directed, and executive produced. This stunning visual album serves as a tie-in to THE LION KING: THE GIFT, a set of songs which Beyoncé curated for the 2019 remake of THE LION KING. The haunting story is told through the voices of present-day Black artists.

BLACK IS KING was just released by Disney+ on July 31st, 2020. The next day the film was aired across Sub-Saharan Africa, North Africa, and the Middle East on other international channels. Critics have already lavished the film with praise for its direction, cinematography, score, costume design, subject matter, and cultural themes. Naturally, it is quickly finding an audience with children who already love THE LION KING!

Beyoncé herself is the proud mother of Blue Ivy Carter and twins Sir and Rumi Carter. Few parents will ever be more inspirational role models than Beyonce! Her idol Michelle Obama presented her with the prestigious Humanitarian Award at the 2020 BET Awards ceremony held virtually on June 28th. The award recognized Beyoncé’s philanthropic work throughout her career and lauded her for extra efforts made on behalf of the Black community during the COVID-19 pandemic through her foundation BeyGOOD.

“Beyonce Knowles has been lighting up the stages and gracing the world with her talent, with her generosity of spirit, and with her love for her community,” said Mrs. Obama. “You can see it in everything she does from her music that gives voice to Black joy and Black pain to her activism that demands justice for Black lives.” So let us bow down once more to Queen Bey! 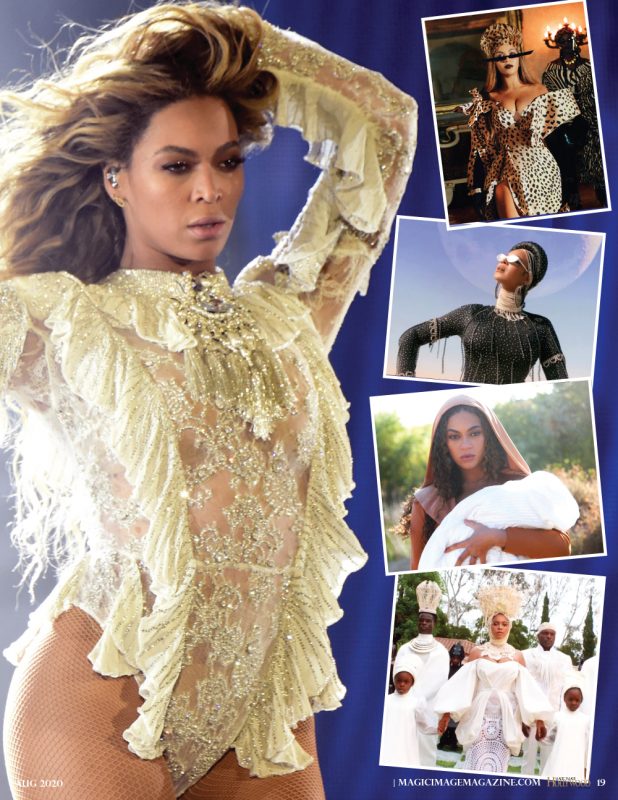 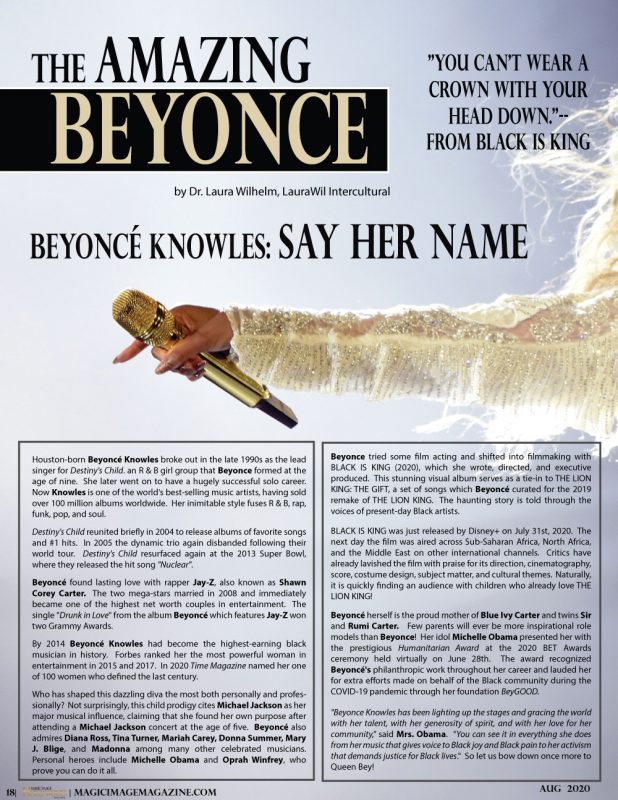